What’s the Difference Between a Cold and the Flu?

Illustration of a group of flu viruses (influenza)

The number of people who have been admitted into a hospital this year for the flu has reached record highs. “The pediatric death rate so far is terrifying – but it’s looking normal,” said Wendy Sue Swanson, a pediatrician and a spokesperson for the American Academy of Pediatrics. The average pediatric deaths range from 37 to 171 deaths. The most recent outlier of this range was the swine flu of 2009 with 348 pediatric deaths. The peak of the flu season is usually between December and February; this means that we could be through the worst of it. “For me, one of the most sobering pieces of data that has come out of our surveillance is that about half of the deaths every year are in children who do not have high risk conditions,” Alicia Fry, chief of the epidemiology and prevention branch at the Centers for Disease Control and Prevention (CDC). Everyone seems to be getting the flu this season, and there are just a few things you need to know to be able to tell the difference between a cold and the flu.

Both a cold and the flu are caused by viruses and can be picked up be spending time with sick people or by touching contaminated surfaces. A study, conducted at the University of Maryland School for Public Health, found that people who are sick with the flu produce aerosols, tiny little droplets that remain in the air for extended periods of time, that contain the infectious flu virus. This means that you can catch the flu virus just by breathing near someone who is infected with the virus. Common symptoms for both of these illnesses include lethargy, headaches, and runny noses. Three good things to think about when deciding if you have a cold or the flu are: colds are usually considered milder than the flu, the flu is contagious for about a week while the cold is only a few days, and the flu shows more symptoms that are rare for colds such as a fever or the chills. “You may get some achiness with the cold, but the flu makes you feel like you’ve been hit by a bus,” said infectious disease expert, Cassandra Hoffman, a post-doctoral research associate at the University of Virginia. The two illnesses have very different onset times. The cold tends to appear slowly through a few days of symptoms while the flu appears very suddenly. “The cold progresses a little slower,” Hoffman says, “so you may start to feel a little sick, the next day it’s a little worse, and by the third day you’re really, full-blown sick. When it’s the flu, you’re fine one day and very sick the next.”

The flu is a respiratory disease that can cause chills, fever, headache, soreness, coughing, or a sore throat. These symptoms can usually occur within 24 hours and progressively get better as the week goes on. Other flu symptoms include vomiting, diarrhea, nausea, and stomach pains. Some flu warning signs, specifically for children, consist of a difficulty or reluctance to wake up from sleep and refusing to drink fluids. “If kids are very irritable and don’t want to be held, that’s cause for concern,” Hoffman says, “most kids want to be held when they’re sick. If a high fever, between 100 and 103 degrees or higher, persists over several days, that child needs to be seen by a doctor.” Children with prior health conditions may need more attention than others (children under 5 and especially those under 2). The prior conditions include asthma, kidney disorders, liver disorders, blood disorders, neurological conditions, and immunosuppression due to disease or medications. Flu deaths in children are uncommon but possible. The first warning sign is if a child gets worse instead of better; you are supposed to get better as the week goes on. Another sign is if a child gets better but then gets sick again; kids can get sick after having the flu from secondary infections. Other warning signs include fast or trouble breathing, bluish skin color, not drinking enough fluids, flu like symptoms clear but then appear again (maybe even worse than the first time), fever, and possibly a rash. People over 65 should see a doctor if they experience the following symptoms: shortness of breath, severe or persistent vomiting, pressure in the chest, and/or serious confusion or dizziness. Someone, of any age, should seek immediate medical attention if they develop any of the following symptoms: difficulty breathing, chest or stomach pains, dizziness or lightheadedness, or severe vomiting. Kids should seek immediate attention if they develop the following symptoms: fatigue or irritability, confusion or a headache that does not go away, back pain or weak legs, severe muscle pain, or red urine.

If you have a fever you should stay home until your fever has been broken for about 24 hours (this includes going to work, school, or public activities). It is possible to recover from a cold or the flu by self medicating with staying home, rest, and over-the-counter medicines. Drinking fluids (such 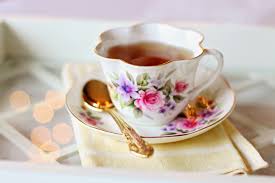 as teas, water, or beverages with electrolytes), staying away from caffeine, and chicken soup are some home remedies for recovering from the flu. Some drugs used to help you recover from the flu can only be prescribed by a doctor. Tamiflu and Relenza can help relieve flu symptoms as long as the medication was taken; starting within the first 48 hours of the start of one’s symptoms. “If you’re sick with the flu, and then feel better for a day, and then your symptoms return much worse, that’s indicative of pneumonia,” Hoffman continues, “it’s a secondary infection, and it warrants getting to a doctor.”

We all know a little too well that it can be quite difficult to determine the difference between a simple cold and the flu. If you get sick and believe you have the flu, contact your doctor or health care provider immediately. Early treatment with medications can help lesson one’s symptoms and can help shorten the amount of time you are sick. There are common symptoms for both illnesses and the best thing you can do, in order to stay healthy or to keep others around you from getting sick, is to research the illness and take precautions.